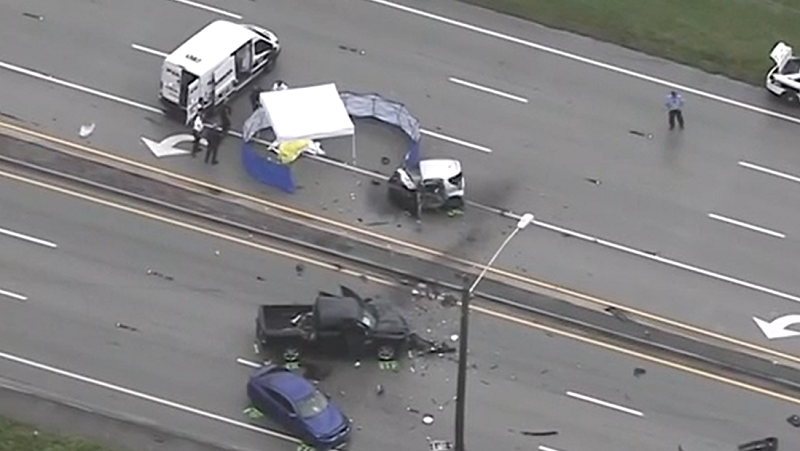 Coconut Creek, Florida – Due to the investigation of a fatal three-car crash, police shut down a major thoroughfare in Coconut Creek Thursday.

One person died and another was hospitalized after the crash, which happened at around 2:45 p.m. in the 4800 block of Sample Road, according to Coconut Creek police.

Officers shut down Sample Road in both directions between Lyons Road and Banks Road as they investigated and encouraged drivers to find alternate routes.

As of late Thursday afternoon, police did not indicate the injured victim’s condition.