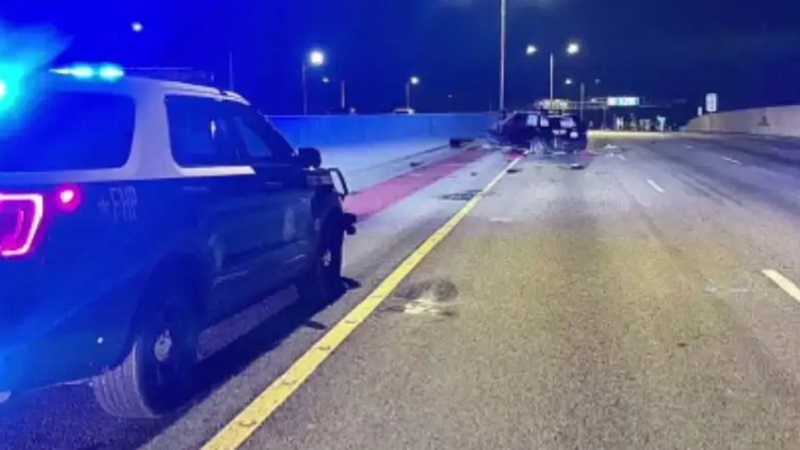 Miami, Florida – Following a rollover wreck along State Road 836 in Miami, three men have been taken to the hospital.

On Saturday night, Florida Highway Patrol units responded to the scene of the crash along the eastbound lanes near Northwest 42nd Avenue.

According to investigators, a red Jeep SUV overturned, causing two of the three occupants inside to be ejected.

The patients were transported to Ryder Trauma Center with serious injuries.

Troopers have shut down all eastbound lanes near the scene of the crash.

They advise drivers to avoid the area and seek alternate routes.

A man in custody after gunman fires at Miami hotel