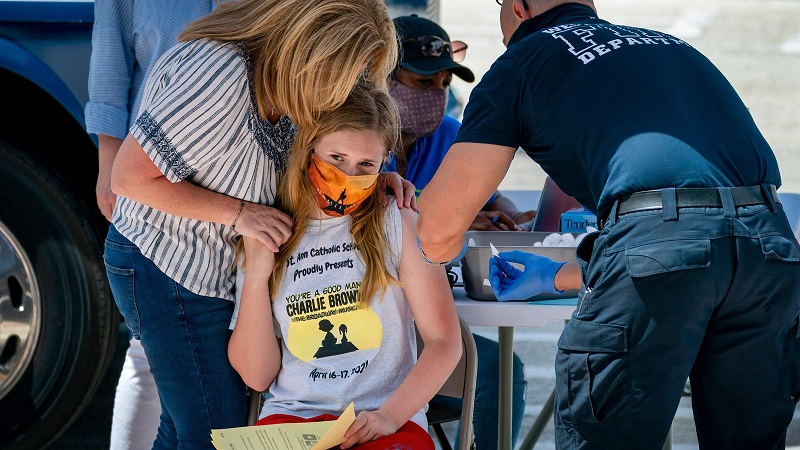 Fort Lauderdale, Florida – With the state reporting a fourth consecutive week with fewer new cases than the one prior, COVID-19 metrics in Florida remain on a downward trend.

The state says there were 56,325 new COVID cases from Sept. 17-23, the lowest figure in more than two months. In August, Florida reported three straight weeks with 150,000+ new cases.

The statewide new-case positivity rate has dropped to 8.6%, a fifth straight week that has declined. It was over 20% in early August, the worst month of the pandemic in Florida.

As for the daily totals, Florida reported 7,753 new COVID-19 cases and an additional 11 deaths tied to the virus in the latest CDC data posted Friday.

Florida is now up to 3,539,218 cases and 53,116 deaths, according to the CDC, which posts daily updates from numbers provided by the state.

The state has reported fewer than 10,000 new cases for six of the past seven days after averaging over 21,000+ new cases as the peak of the delta variant-driven surge last month.

Like new cases and positivity rates, coronavirus hospitalizations have been steadily dropping. The Florida Hospital Association said 7,113 patients with COVID-19 were admitted on Friday.

On Thursday, Florida’s death toll increased by 1,213 in the CDC’s metrics. Those deaths spanned back several weeks, and with them added, the state has confirmed over 9,100 lives lost with COVID in August alone. Nearly 3,700 additional coronavirus deaths have already happened in September, the data shows.

The Florida Department of Health now says that 71% of eligible Floridians (ages 12 and older) have been vaccinated, but leaders in Miami-Dade and Broward counties have found flaws with the vaccination percentages, noting that they likely include people who traveled to get vaccines and don’t actually live here.

2,248 Cases of COVID-19 since start of classes reported in Broward County Schools