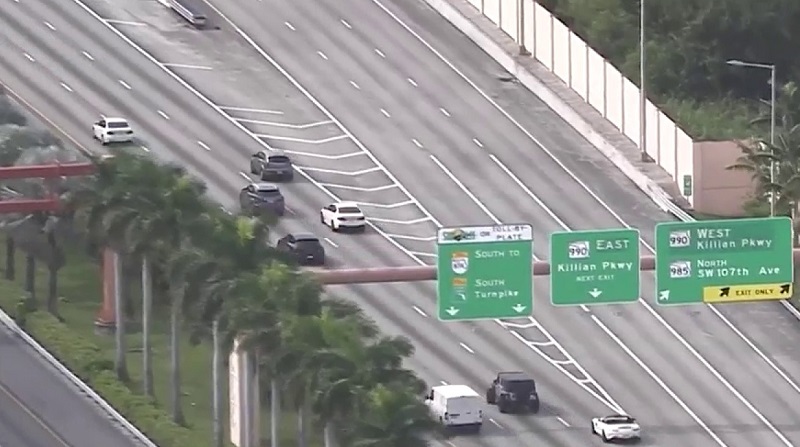 The incident was reported just before 9:15 p.m. on the Don Shula Expressway off Killian Parkway.

According to FHPThe Florida Highway Patrol Lt. Alex Camacho, the girl’s father told troopers that he was heading south on the Don Shula Expressway in his gray Chrysler sedan with his 9-year-old daughter riding in the front passenger seat.

While driving a white Ford Mustang then pulled up alongside his car and someone inside fired a gun at him, striking his driver’s side door, the man told troopers.

According to Camacho, the driver of the Mustang then went around the victim’s vehicle toward the passenger side, and someone inside fired an additional three rounds, striking the girl.

The girl was then transported to Kendall Regional Medical Center with non-life-threatening injuries.