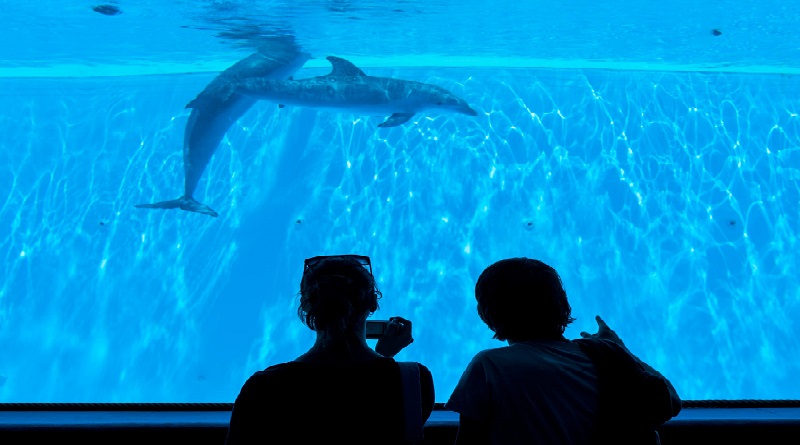 Miami, Florida – A devastating USDA inspection report describing suspected animal cruelty at the Miami Seaquarium was made public on Friday.

According to the allegation, dolphins have been starved to improve their performance for visitors.

Then, according to reports, those dolphins grew increasingly hostile toward both their trainers and the general public.

The nine dolphins in Dolphin Harbor reportedly had their daily food rations drastically slashed — by a whopping 60% — leaving the animals noticeably underweight.

The report claims that some of the dolphins were more hostile toward trainers and members of the public participating in swim-with-dolphin interactions as a result of going without meals.

“On July 7th, during a training session, Cayman rammed a trainer in deep water. The 3-trainer team attempted multiple redirections to help the trainer in the water get out,” the report stated.

According to the report, there were numerous instances where a dolphin “mouthed” a member of the public during an in-water engagement. This was discovered after a trainer’s records for the dolphins at Dolphin Harbor were reviewed.

Repair of the Atlantic Boulevard Bridge begins on Monday