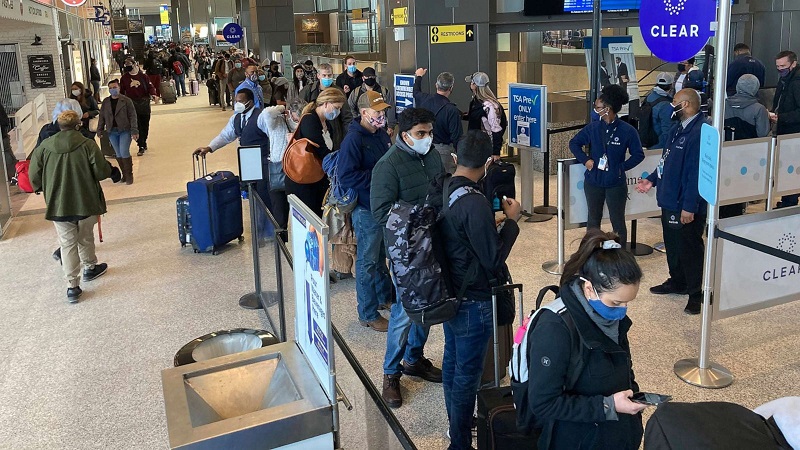 Miami, Florida – After the mass cancellations and delays travelers saw lately, many wonders if the airline industry is ready for this year’s holiday travel season.

According to experts, after 2020 is filled with restrictions, many people are ready to hit the road in 2021.

“We are almost at full recovery for domestic travel in the United States which is a remarkable thing to say,” said Clint Henderson, Sr. News Editor of “The Points Guy.”

Fort Lauderdale International Airport is reporting similar figures, forecasting more than 600,000 travelers. That number is up significantly from 2020 and closer to where the figures were in 2019.

But according to airline industry expert Clint Henderson, while it’s great for the business, we could hit some major snags.

“With the levels of demand and not having the number of staff needed if there is anything that goes wrong it causes a massive domino effect and pretty soon you’ve got rolling delays and cancelations,” said Henderson.

That is exactly what happened recently when weather and staffing issues caused mass cancelations across the country.

American’s Chief Operating Officer David Seymour, earlier this month sent out a letter to employees talking about hiring more people and payment incentives for those working extra shifts. But the union representing American pilots rejected the incentives and says there are bigger problems.

“This has got to stop. We’re a premier world carrier but we’re operating like a startup airline when challenged by the weather,” said Capt. Dennis Tajer, Allied Pilots Association.

According to experts, travelers should plan for possible delays or cancelations. They recommend checking for other airlines that travel to the same destination, to switch over to a different carrier if needed.