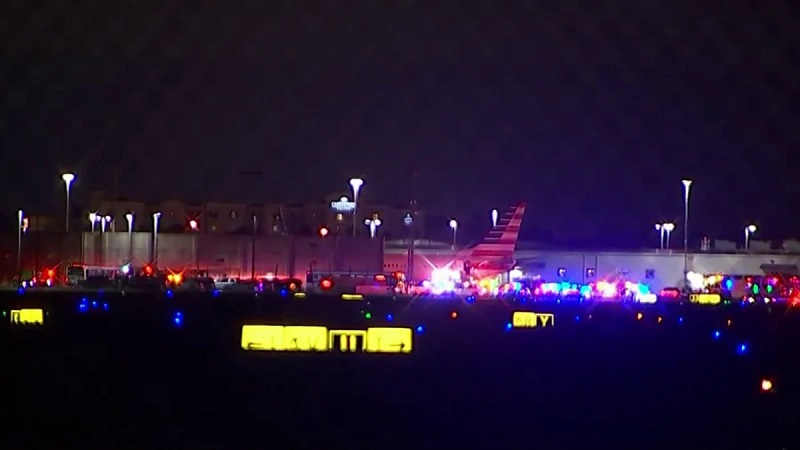 Miami-Dade County, Florida – Due to fumes inside the cabin, an aircraft to Barbados was forced to make a Wednesday night return to Miami International Airport.

According to American Airlines, the vapors may have been brought on by an item in a passenger’s bag.

Just before 9 p.m., fire workers responded to the incident, according to Miami-Dade Fire Rescue.

“Once the plane landed, units proceeded to deplane the aircraft with 173 passengers on board,” MDFR said in a statement. “HazMat units performed a hazard assessment due to reports of a strong chemical smell inside the plane.”

Five individuals were sent to a nearby hospital after being evaluated by firefighters at the airport.

The rest of the group took a bus to the terminal.

American Airlines released the following statement after the incident: “American Airlines flight 338 with service from Miami (MIA) to Barbados (BGI) returned to MIA this evening due to a chemical odor in the cabin caused by the contents of a customer’s carry on luggage. The aircraft landed safely and without incident, and customers deplaned normally. All customers were offered hotel accommodations and the flight is now scheduled to redepart tomorrow at 9 a.m.”

Fighting breaks out between two families outside Jackson Memorial Hospital