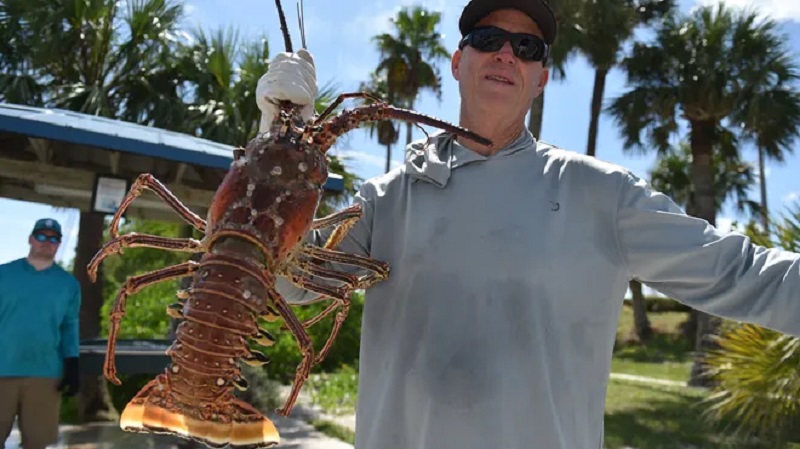 When the two-day mini-season kicked off at midnight, Early bird Clay Cowheard was ready at Haulover Marina.

He ran into some nasty weather at first. “We had to seek shelter because a major storm came through,” Cowheard said. “Once the storm cleared (and) the wind died down, we were able to get some.”

After spending hours on the water, divers at Crandon Marina on Key Biscayne also got some solid returns. “Today we limited out with 36 for three divers,” Niki Galletta said. “It was a great day.”

Galletta and her crew caught the most Wednesday. “I can’t tell you my secret spot or anything, but look for structures,” she said. “Lobsters like to hide in structures.”

One of the rules to remember is that the lobster’s carapace, meaning the body and head of the lobster, must be at least three inches long.

The lobster must be in the whole condition. Egg-bearing lobsters are prohibited. Boaters must maintain a distance of at least 300 feet from dive flags in the ocean.

Possession limit on the water: equal to the daily bag limit

Possession limits are enforced on and off the water.

Minimum Size Limit: Possession and use of a measuring device is required at all times. Find out how to measure a spiny lobster.

Night Diving: Prohibited in Monroe County (ONLY during sport season) Diving is defined as swimming at or below the surface of the water.