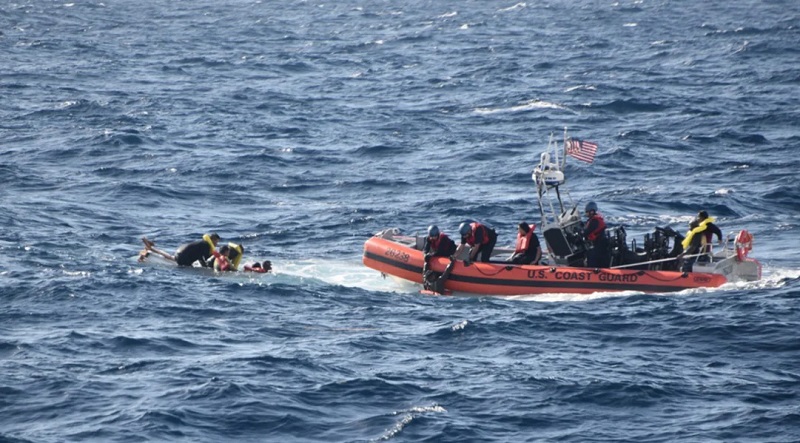 Miami, Florida – On Sunday, the U.S. Coast Guard took 64 Cuban migrants back to Cuba after finding them at sea on Thursday and Friday off the Florida Keys.

According to Coast Guard Lt. Paul Puddington, the Cuban migrants were in “makeshift” boats without safety equipment, and they were not wearing life jackets.

Puddington had a message to Cubans considering the dangerous voyage: “Please, for your own safety, don’t take to the sea.”

According to the U.S. Coast Guard’s report on Sunday, crews have interdicted 3,067 Cubans, in about nine months. It’s more than all of the Cuban migrants the Coast Guard interdicted from 2017 to 2021.

The Coast Guard released pictures of the four boats full of migrants who risked their lives to cross the Florida Straits. Two of the boats appeared to have been made out of wood and Styrofoam.

According to Walter N. Slosar, the chief patrol agent in charge of Border Patrol’s Miami sector headquarters, on Sunday, federal agents detained nine Cuban migrants after the U.S. Coast Guard found them stranded at the Marquesas Keys, about 20 miles west of Key West.

Fatal shooting outside market in Brownsville

Pizza of Italy in Coral Springs