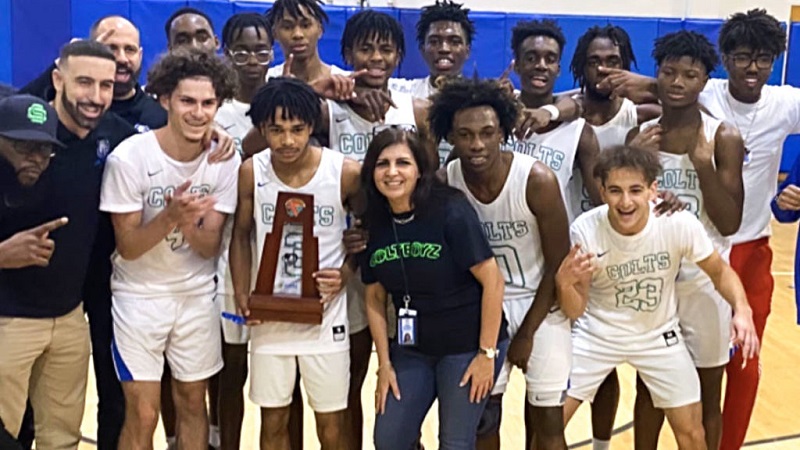 “It was an incredibly hard challenge in what has been a roller-coaster type of season, said Head Coach Devin Barta. I am proud of the kids for staying on course and believing in themselves and the coaches to pull out a District Championship.”

The Colts started the week off with a 56-37 win over Spanish River Community High School. Then, CSHS trailed by two points on Wednesday against Deerfield Beach when Allen Matthieu hit a game-winning three before Greg Spate forced a turnover with a block in the closing seconds.

As they beat seventh seed Boca Raton High School 73-48, CSHS completed the week with their most dominating win.

Spate, who led the team with 18 points in the semifinals, topped that with a game-high 21 on Friday.

Jordan Carmona added ten while Matthieu had nine as the Colts moved to 16-10 on the season.

Next, they will have a chance to compete in Regionals starting on Thursday, February 17.