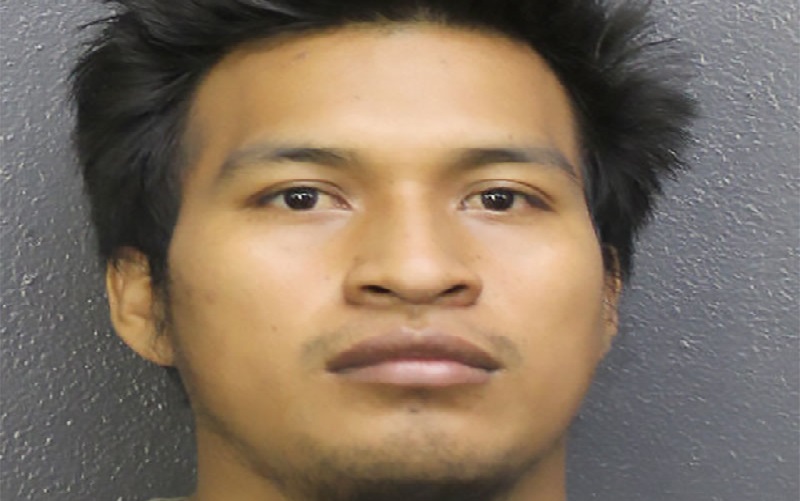 Coral Springs, Florida – According to court records, on Monday a 23-year-old Guatemalan man living in the U.S. illegally was arrested after detectives found child sex videos on his phone.

Cesar Ortiz Godinez, of the 4000 block of Riverside Drive, is charged with two counts of possessing depictions of sexual conduct by a child, the records show. He has pleaded not guilty and is being held on a $40,000 bond, plus an immigration hold, at the Broward Main Jail.

According to an arrest affidavit,
Horne traced the IP address to an apartment where he encountered Godinez.

According to police, the illegal videos showed children who appear to be between ages five and eight having sex with adults.

Godinez, was arrested at the scene.