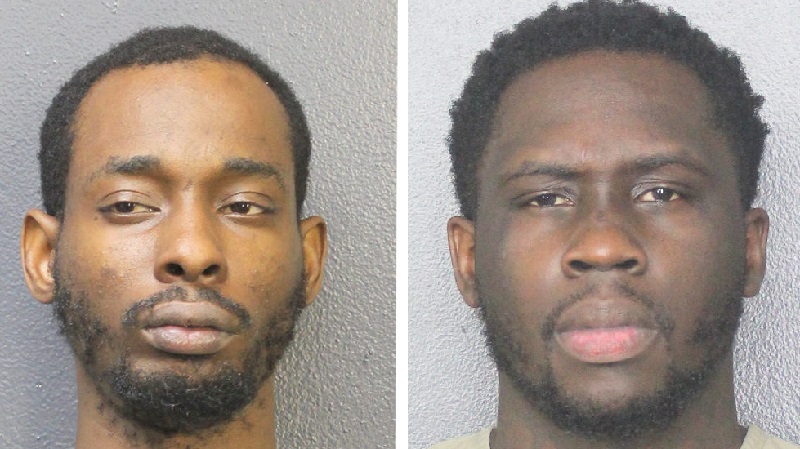 Coral Springs, Florida – According to court records, a cache of guns and drugs was discovered by SWAT team members while executing a search warrant at a Coral Springs apartment on Oct. 13.

Two men were arrested in the raid, Junior Charles and Noe Auguste, both 24, who police found inside the residence at 3750 Riverside Dr, according to an arrest affidavit filed by Coral Springs Police.

According to the records, Charles faces charges of possession of marijuana with intent to sell, distributing cannabis, and distributing THC.

Auguste is charged with distributing cannabis and released from the Broward Main Jail on a $1,000 bond, records show.

Coral Springs Police SWAT team members, working with members of the department’s Vice, Investigations, and Narcotics unit, allegedly found Charles in a bedroom laying on top of a black PA15 Palmetto handgun, loaded with 29 rounds of ammunition, the affidavit states.

Among the other items, police discovered at the address: a loaded Glock 19 pistol atop a television stand; a loaded black Ruger 9E pistol atop a microwave; a black Springfield Hellcat nine-millimeter pistol on a lamp table; numerous bags of marijuana and several dozen packages of THC edibles, plus more than $18,000 in cash, according to court records.

According to the affidavit, the money was processed for seizure as part of the police department’s asset forfeiture program.