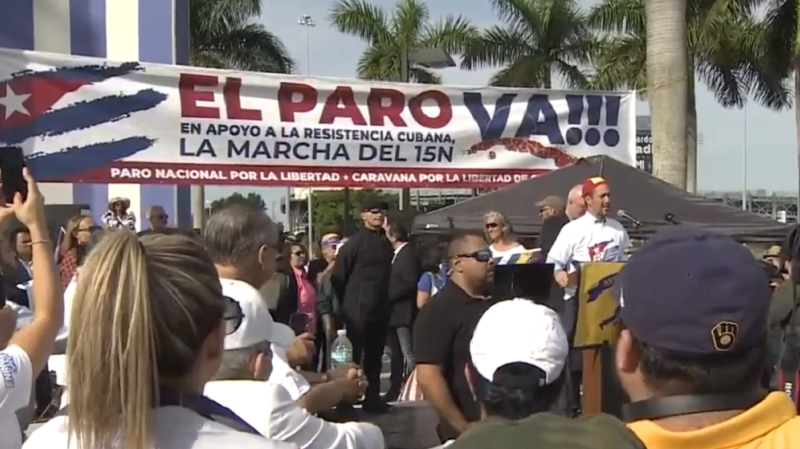 They’re standing in solidarity with the Cuban people.

The protest started at the Cuban Memorial in Tamiami Park, a monument dedicated to the victims of communism in Cuba.

Protesters would then march towards Downtown Miami.

According to the Assembly of the Cuban Resistance, more than 1200 cars have set off in the caravan.

“This is an incredible day,” said Sylvia Iriondo, President of Mothers and Women Against Repression. “This is a day where we are seeing hundreds and hundreds of members of our exiled community and other communities standing up for the freedom of the people of Cuba.”

In order to support the Civic March in Cuba that will take place Nov. 15, activists have also been asked to protest at their homes by banging pots and pans.