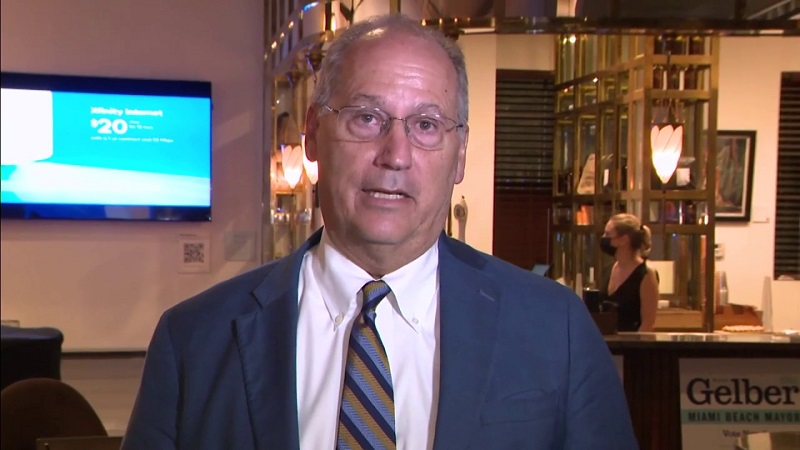 Miami Beach, Florida — “I love this city. It’s the only hometown I’ve ever had. It’s paradise to me and I appreciate the residents’ faith in me,” proclaimed a victorious Miami Beach Mayor Dan Gelber.

With more than 62-percent of the vote, the former prosecutor Gelber becomes Miami Beach’s mayor for a third consecutive two-year term, saying his focus was on more than just his race.

“I took on other battles other than my re-election, I took on the 2 AM issue because I thought it was important for the city,” explained Gelber.

It passed by a 13-point margin, another victory for the mayor despite being far out-spent on the issue.

“We spent a very modest amount of money. They spent over a million dollars, they spent 20 or 30 times what we spent.”

The group the mayor is referring to responded in a statement in defeat, “…Citizens for a Safe Miami Beach will continue to oppose solutions that do nothing to solve the crime but will cost 4,100 local workers their jobs, increase property taxes, and cut tens of millions of dollars from city revenues.”

Kristin Rosen Gonzalez will face off against Raquel Pacheco for Commission Group 1.

In Commission Group 3, Alex Fernandez and Stephen Cohehn will also face each other in a runoff after no candidate secured enough votes Tuesday to win the office.