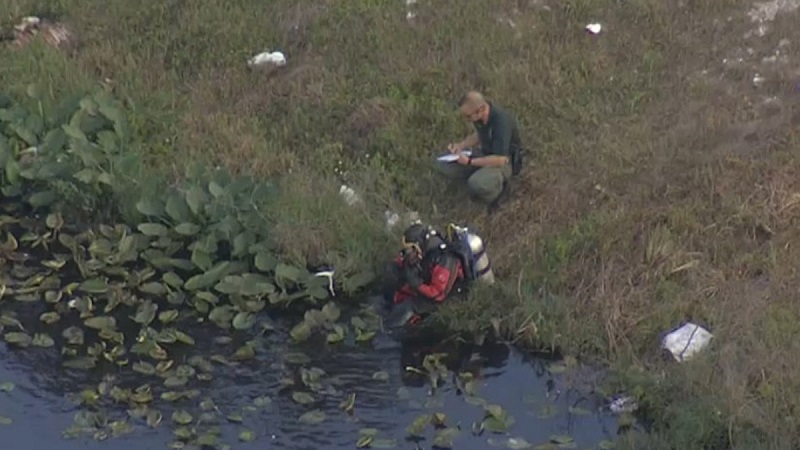 Miami, Florida – Early Wednesday morning a dead woman was pulled from a partially submerged vehicle, along with a baby who was unharmed, from a Pompano Beach canal. Broward Sheriff’s Office detectives are investigating.

According to BSO, they were called to the scene and arrived at around 2:30 a.m. where they found a Chevrolet Camaro in a canal on Northwest 8th Street and NW 10th Avenue.

The woman had suffered a gunshot wound, police said. She was taken to Broward Health North Hospital where she was pronounced dead.

The infant, a baby girl, was removed from the vehicle unharmed.

According to authorities, the infant was not the victim’s child and was turned over to relatives.

Florida tops tourists in fourth quarter, higher than before pandemic