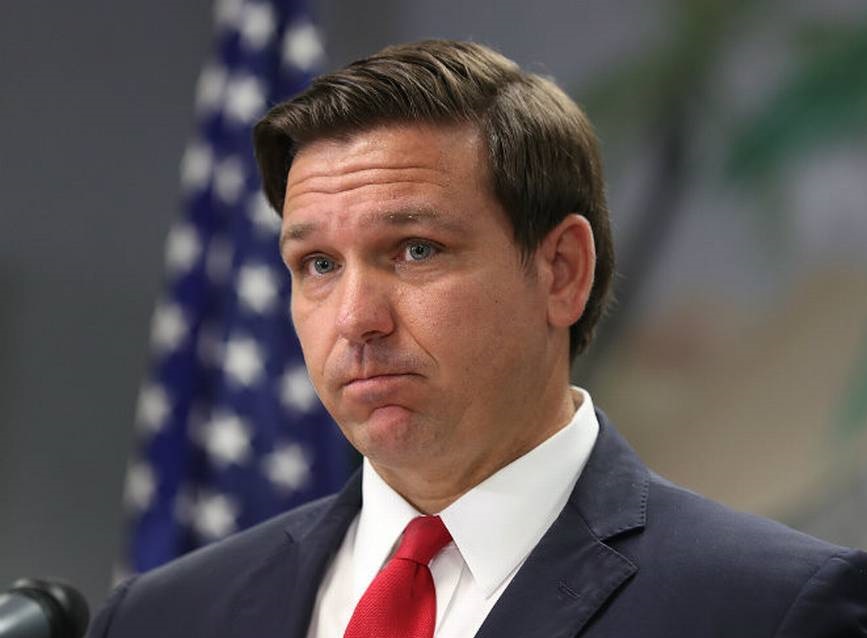 DeSantis’ name was among the few that surfaced right after it was announced that Donald Trump lost the election last November. Even if DeSantis for some reason will not be elected to run for president, everyone expects that he would run for another, consecutive gubernatorial term in Florida. Or he might be not.

Ron DeSantis was among the few GOP governors who tried to take the Covid-19 measures in their hands. As we already reported multiple times, earlier this year DeSantis signed a bill into law that bans local governments and school districts in Florida to issue mask mandates.

Arkansas and South Carolina are just two other states where their governors did the same thing, but the situation in Florida with the Covid-19 as a result of the Delta variant seems to be the worst recorded since the start of the pandemic. Florida reaches record high numbers of cases and hospitalizations, but also faces major problem with the availability of ICU beds.

But it seems like DeSantis doesn’t really care for all of that or at least that’s how it looks like. DeSantis still remains deaf to the school districts’ requests to allow them to enforce mask mandates in order to slow down the spread of the virus among students which will later surely reflects to all the people.

Following the situation with the virus and the increasing number of cases, several school districts said they would keep their masking rules in place, but DeSantis threatened to withhold the pay of district officials in punishment for their defiance, even though they were acting in the interest of public health.

The conflict between the schools and DeSantis became so large that even our president Joe Biden heard the school districts and encouraged them to continue mandating students and staff to wear masks saying that he will help them financially if DeSantis decides to penalize them and cut their regular funding.

But the stubborn DeSantis is not realizing that his rating is going down with the speed of light while he uses every legal form to put pressure on the school districts to keep things as he likes. Despite the high number of vaccine hesitant people in the country, majority of the public and parents believe that masks should be enforced in schools especially in a situation like Florida faces right now.

The same stands for Florida as recent poll shows that around 62 percent of the voters believe that requiring masks in public schools for students and staff is good thing in battling the pandemic and keep everyone safe.

But a recent poll among Florida voters shows that DeSantis presidential dreams might be completely over. And not just the presidential, but his second term as a governor is also at risk. Despite the fact that people were generally happy with DeSantis’ policies so far, it looks the latest measures and stubborn ideas ruined that picture of DeSantis.

The question in the survey was if people had positive or negative views of how DeSantis was managing the Covid-19 situation in the state and the Covid-19 measures. As expected, majority of them answered that they are not happy and had negative view on how he handles the pandemic so far (53.8%), while 43.3 percent had a positive view.

How DeSantis is handling the pandemic will definitely cost him some political points especially when it comes to the presidential election. However, what is even more worrying for him and the GOP who sees DeSantis as their Florida nominee for governor again is the fact that people will vote for his opponents if the midterms were tomorrow.