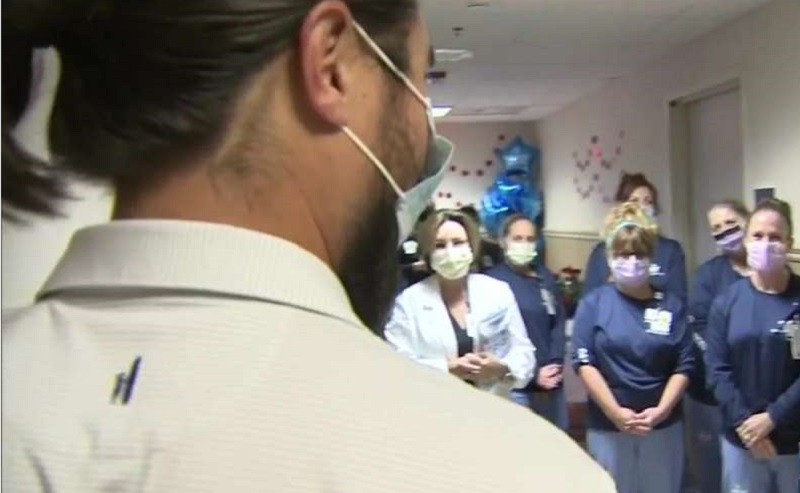 After he suffered a heart attack while exercising, the team saved Miller’s life five weeks ago.

“It was really a blessing to be with such a good staff and doctors and nurses and everybody who just made me feel calm, that I was gonna be OK,” Miller said. “I had no idea that at my age I could have a heart attack.”

He was able to play golf again last week for the first time since his heart attack.