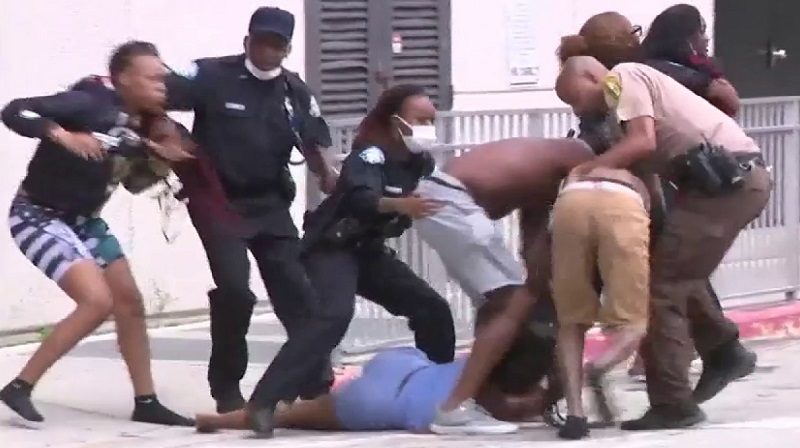 Miami, Florida – On Wednesday, a major brawl at Jackson Memorial Hospital moved outside the emergency room, and it was all caught on camera.

Security officers from the hospital and the police could be seen attempting to retake control of the scene.

Authorities claim that when visiting a shooting victim at the hospital’s Ryder Trauma Center, more than 15 members from two separate families began to argue about threats.

At that point, a sizable group of policemen from the Miami-Dade and City of Miami police agencies were summoned.

Ultimately, according to Miami police, a few people were held, but no charges were made, and there were no known injuries.

The gunshot victim’s identity was not immediately made public.

American Airlines flight returns to MIA due to fumes inside cabin