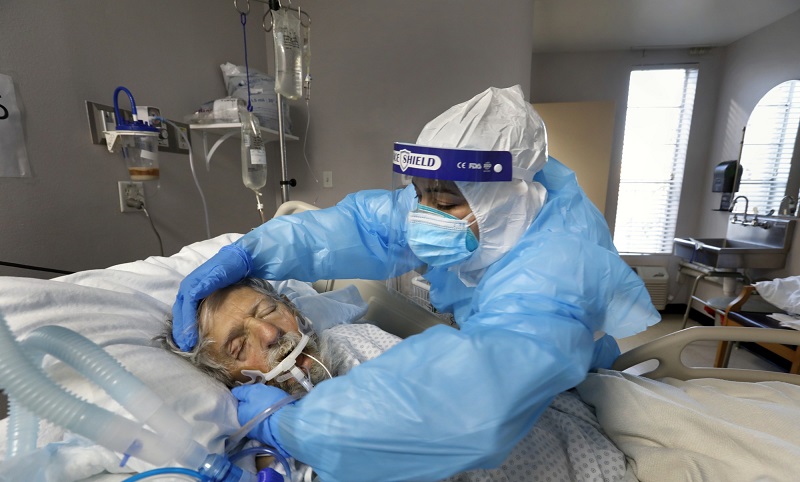 Florida’s COVID-19 infections and the state’s new-case positivity rate more than doubled this week as compared to the last.

The 8,709 new cases in the CDC’s data Saturday — attributed to Friday — come after 8,785 cases were added in the state the day prior. Another 6,846 new cases were reported the day before that.

The Florida Department of Health’s weekly report, posted late Friday, shows that 29,568 new infections were reported in the state from Dec. 10-16. That’s more than twice as many as the 13,481 from the week prior and the highest weekly total since late September.

The state’s new-case positivity rate also spiked from 2.6% to 5.4% in the past week — also the highest since late September.

The numbers are still well below the peak of the summer surge in August, when the state was surpassing 150,000 new cases per week with a positivity rate topping 20%.

Gov. Ron DeSantis said Friday that Florida will not take any shutdown measures, despite the rising cases. He promoted the state’s monoclonal antibody treatment sites for people who do become infected with COVID-19.

According to Broward County Mayor Michael Udine, they too are closely watching the hospital numbers.

“We’re monitoring all this basically by the hour to see where things are going to make sure our hospitals don’t become overtaxed,” he said.