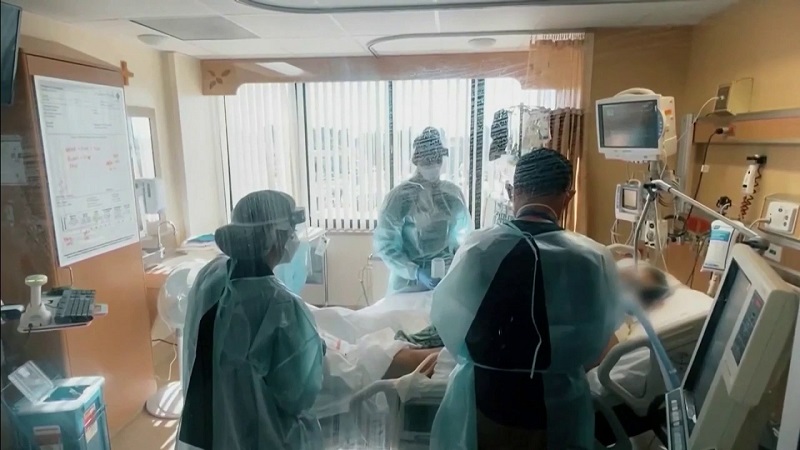 According to the CDC’s latest data shows, on Thursday, the state reported 26,811 new cases to the federal government from Wednesday.

Florida’s highest single-day case increase was 27,669 from Aug. 26, according to the CDC. This latest increase is the second-highest.

The state appears poised to soon surpass the daily record, a sudden turnaround after Florida had been reporting fewer than 2,000 cases per day from late October into early December.

The state reported another 20,194 new cases from Tuesday.

Florida averaged over 21,000 new cases per day at the peak of the summer surge in August. That spike was fueled by the delta variant.

Drive-thru testing sites in Miami-Dade and Broward counties were packed again Thursday with people looking to get checked before visiting with family over the Christmas holiday this weekend.

According to officials, residents should get vaccines and boosters, and avoid gathering with people who aren’t protected.