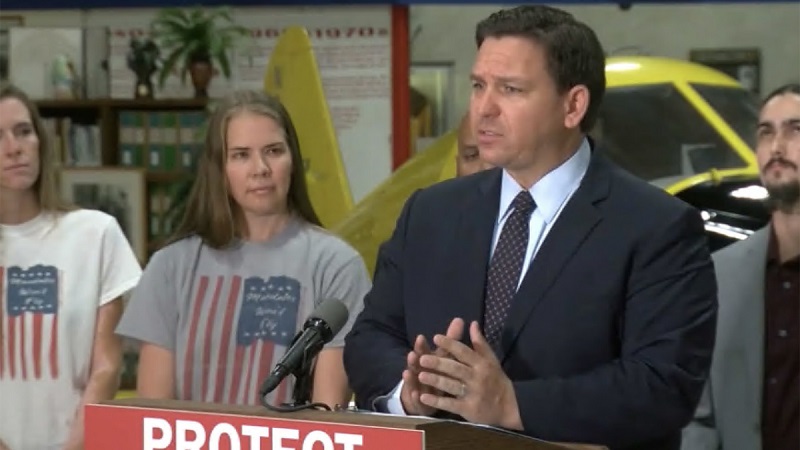 DeSantis said the federal government is “exceeding their power” with the mandate that could affect jobs and businesses throughout the state, at a news conference in Lakeland with Florida Attorney General Ashley Moody.

“In Florida, we believe that these things are choices based on individual circumstances,” DeSantis said. “We do have a responsibility to stand up for our authority here to govern ourselves and also make sure that this constitutional system of ours isn’t out of whack.”

According to Moody, the mandate is unconstitutional and a “gross abuse of power.”

Vaccine requirements are legal, prudent actions necessary to help the world emerge from a pandemic that has killed more than 700,000 Americans and nearly 5 million people worldwide, according to the Biden administration, public health officials, and some business leaders.

According to DeSantis, the lawsuit is seeking a preliminary injunction to stop the mandate from being implemented in December.

“Just because you’re a business that has federal contracts, it’s not right for the federal government to come in and rewrite those contracts and then try to shoehorn this in, and then if you don’t comply, so you either have to fire people or if you don’t comply they’ll just cancel the contract entirely even though this is something that you bid for and you won fair and square?” DeSantis said. “That’s not the way we think business should be done.”

The mandate could also have an effect on the current supply chain issues in the country, the Republican governor said.

“Do you think this is gonna help the supply chain problems that we see? Do you think it’s gonna help lower gas prices, is it gonna help all these problems? No, if anything it will exacerbate,” DeSantis said.

Donation of $10,000 to Sunrise PD for National First Responders Day

Investigators getting closer to Iientifying man who robbed Publix Store