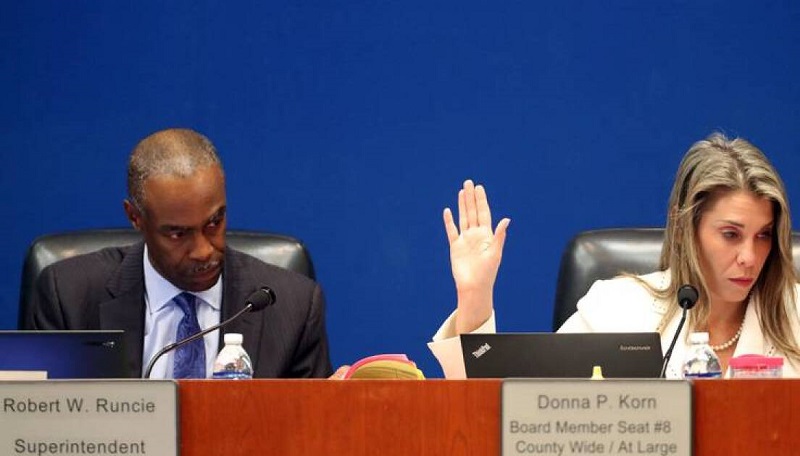 One school board member, Rosalind Osgood, has already resigned.

The other four members the report recommends be removed are Patricia Good, Donna Korn, Ann Murray, and Laurie Rich Levinson.

The report’s findings are highly critical of former Broward Superintendent Robert Runcie and the board, outlining a number of issues, including:

• The board didn’t install 40-second alarms expeditiously, which could have significantly helped the school evacuation during the Stoneman Douglas tragedy.
• Runcie and the School Board mismanaged $800 million that were intended to renovate and upgrade buildings in Broward County.
• Runcie frequently lied to the public and was kept in power despite the growing number of issues in the district.

Besides the governor having the power to remove school board members, no action has been taken at this time.