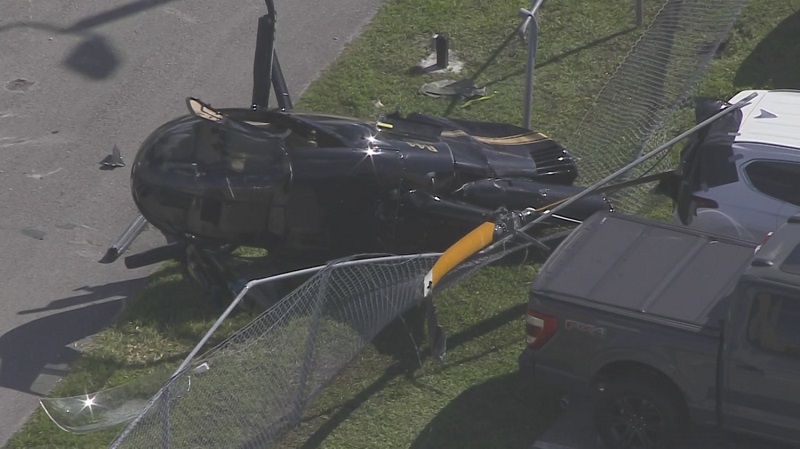 The crash happened in a parking lot of the airport, near International Flight Center North. Part of the helicopter slammed right through the fence behind a parked truck.

According to officials, there were four people on the private training helicopter at the time of the crash.

“To see them take off and then land, and I see them like that. That’s the next time I saw them. I’m freaked out,” said Anthony Valle, who works at the airport.

Valle captured the scene on his cellphone shortly after the crash.

“I heard the pilot say that as the helicopter landed, someone shifted around in their seat, or something like that, and then the helicopter started spinning around, loses control and is now there,” he said.

According to Valle, some suffered some bumps and bruises.

“One of them hit their head,” Valle said. “The other woman said that their arm was hurting a lot.”

Things could have been much worse, as a fuel truck was parked just feet away, Valle said.

“Inches. It came inches from the fuel truck. I mean, everyone would have died,” he said.

New TikTok challenge to ‘slap a teacher’ appeared between students