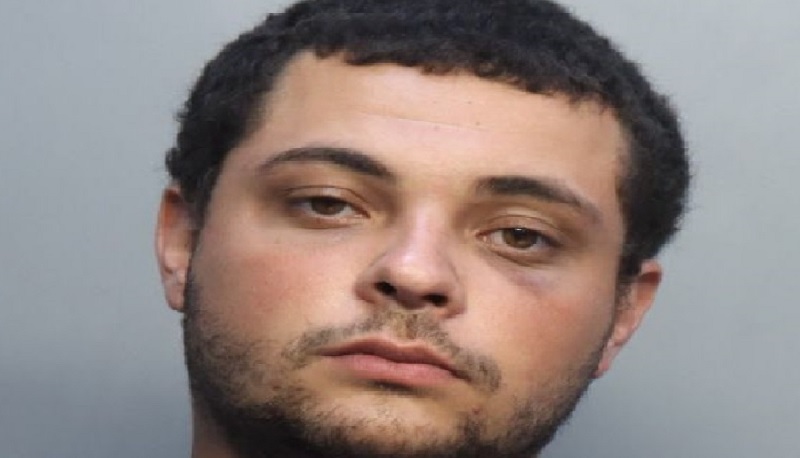 North Miami Beach, Florida –After allegedly shooting and killing a man Saturday in North Miami Beach as the two sat in a car outside the Grand Island Square apartments, a Hollywood man is under arrest.

According to police, Marc Anthony Colon, 23, shot the victim around 5:15 a.m. Saturday at the apartments at 1551 NE 167th St. inside the victim’s gray Honda.

Colon got out of a car after grabbing a bag and crossing the street, according to a police report. He then, however, went back to the victim’s car to retrieve an item, the report said.

According to police, surveillance cameras show Colon dropping the man’s iPhone along the sidewalk. The victim had taken a picture of Colon’s driver’s license after taking a photo of himself, according to the arrest report.

Colon’s girlfriend told detectives that Colon had a drug addiction problem and she had not seen him for a few days.

Colon called her after 6 a.m. the same morning of the shooting saying that he “f—ed up” and needed her to pick him up, she told police. He told her he had been involved in a car crash. She told police that she saw blood on Colon’s leg when she came to pick him up at a North Miami parking lot.

On Sunday, Colon was arrested and was charged with second-degree murder, and given no bond.