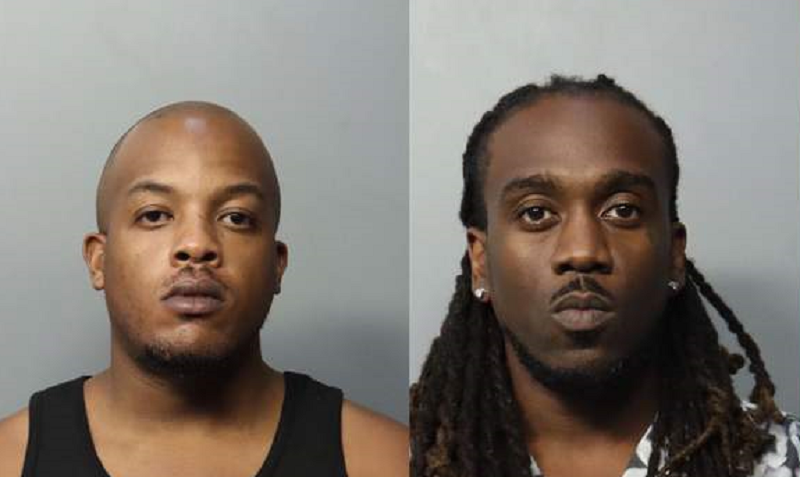 Miami Beach, Florida – Two men were arrested and charged with possession of marijuana for the purpose of trafficking, as well as other felony charges after police received notice of suspected trafficking out of a Miami Beach business.

According to Miami Beach Police, detectives learned that the same business also opened a location in North Beach at 7437 Collins Avenue.

According to police, detectives conducted undercover operations at this Kush Gods location, as well, and were also able to purchase marijuana.

With the assistance of their Strategic Enforcement Team and Robbery Detectives, search warrants were served at both locations resulting in the seizure of nearly three pounds of marijuana.

According to the arrest report, suspects Nicholas Cunningham and Simon Christopher Mills were arrested and charged with possession of marijuana for the purpose of trafficking, as well as other felony charges. Miami Beach Code Enforcement also responded and issued an emergency revocation of their business tax receipts. Both locations received several code violations.