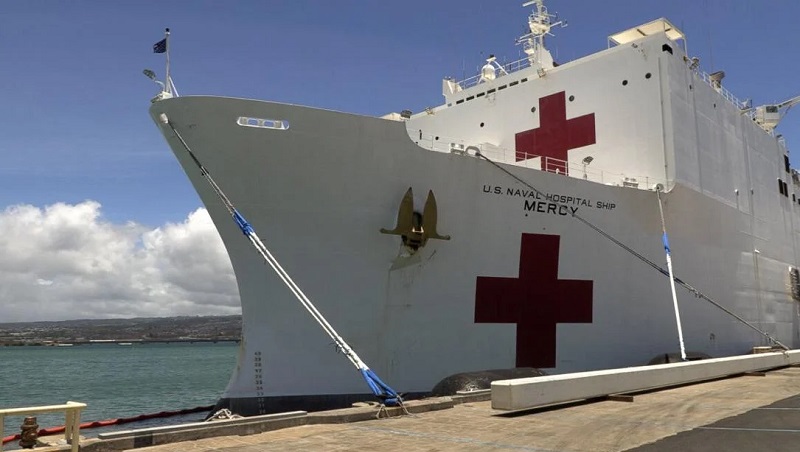 Miami, Florida – Military officers and crew members from one of the largest hospital ships in the U.S. Navy received a hearty send-off from South Florida when they arrived in Miami before departing on their subsequent humanitarian mission.

On Sunday morning, the USNS Comfort berthed in Port Miami to replenish its supplies and get more assistance.

The ship’s 1,000 crew members, which includes both military and civilian sailors, will begin Operation Continuing Promise on Sunday. This initiative will provide aid and medical assistance to nations that are still attempting to recover from the COVID-19 outbreak.

A few people had the opportunity to see the sizable medical ship before it sailed out of port. The ship was built with handling mass casualty occurrences during wartime in mind.

Several sailors with connections to South Florida are on board, including Petty Officer First Class Moises Rodriguez, a Barry University alumnus with two brothers who reside in Broward County.

“This is the first time that I’ve actually done it, and I’m very excited about doing it,” said Rodriguez. “I think it’s really good what we’re doing because this will tie the relationships that we have with all the countries to the south. And not only that, we’re always there to help the people in need.”

Additionally, present to help send the ship out on Sunday was the commander of U.S. Southern Command.

Prior to returning to its home port in Virginia, it will spend the next 60 days stationed in the Caribbean and Central America.