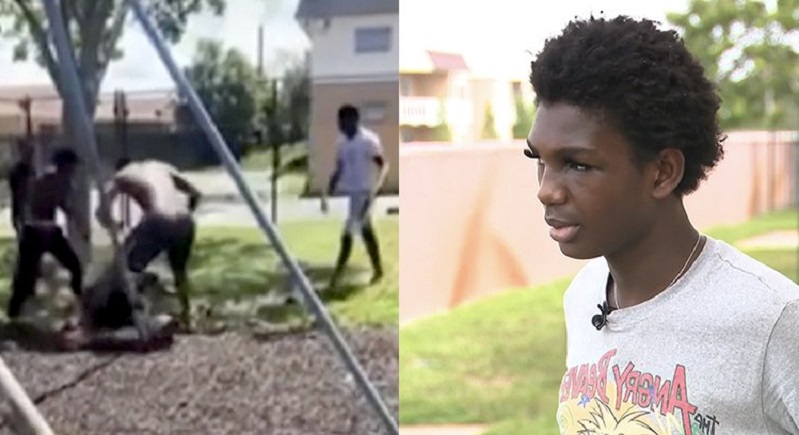 Deerfield Beach, Florida – According to officials, on Wednesday, Broward County deputies arrested two teenagers seen on video brutally attacking an LGBTQ teen at a neighborhood park. It’s unclear if a third teenager seen on the video will face charges.

This is not the first time 14-year-old Chad Sanford, who no longer attends the school, is attacked. In 2021, Sanford made national headlines after being attacked and slammed to the ground by a group of older kids at Deerfield Beach Middle School as others just watched.

Chad received an invite to hang out with a group of young people thought to be friends. “They came behind me and jumped me,” said Chad, who added that the assailants said, “Don’t come around me with that gay (expletive).”

According to Chad’s grandmother, who asked for her identity to be protected, the past year hasn’t been easy. “Just let Chad be Chad,” she said. “Guys were spitting on him on the bus and treating him any kind of way because of his transgender and life of what he wanted to be. I’m just frustrated.”

The two teens were being charged with battery and a crime of prejudice under Florida law, both misdemeanors, deputies said. “I am utterly heartbroken, angry, and devastated,” attorney Melba Pearson, a former prosecutor who now works for FIU’s Center for Administration of Justice, said.

If the two teenagers could receive up to five years in prison if charged with a federal hate crime.