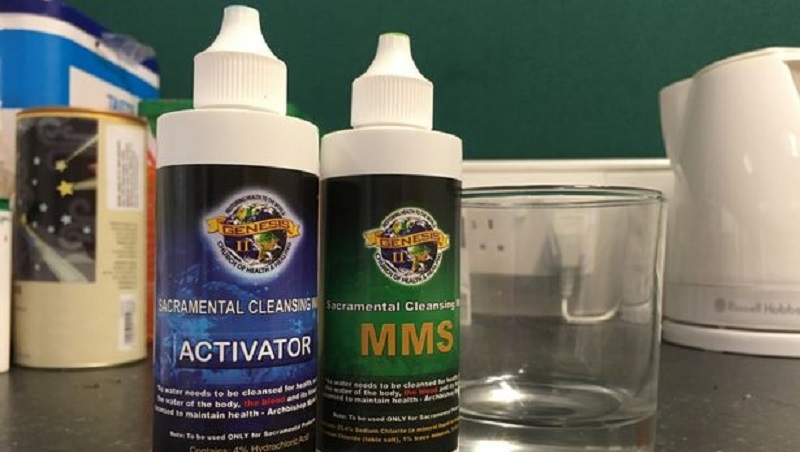 Miami, Florida – After being arrested in Colombia, a man accused of selling a toxic industrial bleach as a coronavirus cure through his Florida-based church has been returned to the United States.

According to records, 64-year-old Mark Grenon made his initial court appearance Thursday in Miami federal court.

Grenon and his three adult sons – Jonathan Grenon, 36, Jordan Grenon, 28, and Joseph Grenon, 34, were indicted last year on one count each of conspiracy to commit fraud and two counts each of criminal contempt. Mark Grenon is the archbishop of the Genesis II Church of Health and Healing in Bradenton, Florida.

The church sold chlorine dioxide and claimed the toxic solution can cure a vast variety of illnesses, dubbing it a “Miracle Mineral Solution,” officials said.

A federal judge in Miami had ordered the church to stop selling the substance in 2020, but the order was ignored and Grenon was arrested in Colombia several months later, according to the U.S. Attorney’s Office for the Southern District of Florida.