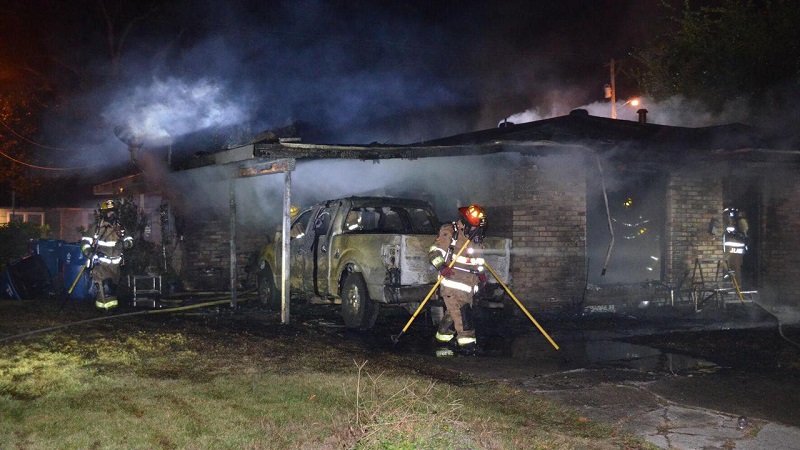 Miami, Florida – A man was transported to the hospital after a fire broke out inside of his Miami home.

According to City of Miami Fire Rescue units, they responded to the scene of the blaze at a house in the area of Northwest 11th Avenue and 41st Street, Saturday afternoon.

One of the brothers, who is in his 60s, had to be taken to the hospital.

Anton Austin, the victim’s brother, said the frightening moment he realized his home was on fire.

“When I heard the fire alarm, all I did was got out of there, ’cause it was smoking. I couldn’t breathe,” he said. “My mother worked so hard for this house; now it’s gone. I’m crying, but I’m alive.”

The homeowners had some tenants who find themselves without a place to stay.

At this time, the cause of the fire remains unknown.