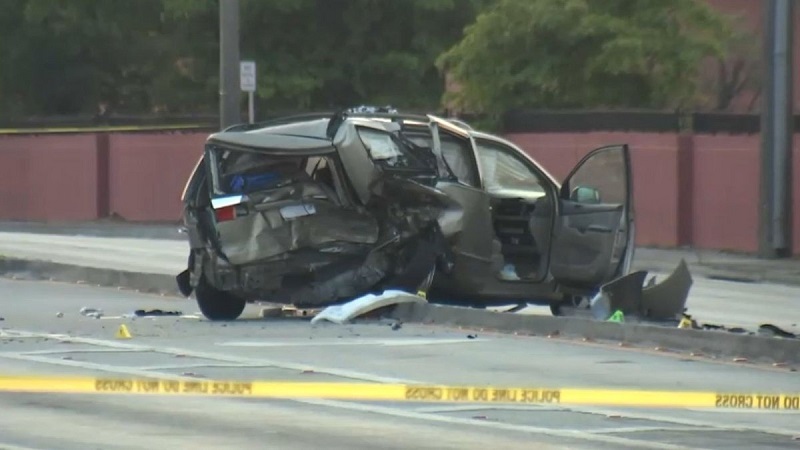 Miami-Dade, Florida – Police are searching for a man who they say is responsible for a hit-and-run crash in northwest Miami-Dade in April that left one man dead and six other people injured.

According to Miami-Dade Police, a 25-year-old, Ricky Trivon Francois, is facing a vehicular homicide charge in the April 19 crash that happened in the area of Northwest 119th Street and Northwest 22nd Avenue.

The incident happened around 12:35 a.m. when a red 2015 Dodge Charger Hel-Cat rear-ended a Toyota Sienna while traveling at a high rate of speed, according to police.

Six of the victims were in stable condition while a seventh person who was transported to Ryder Trauma Center was pronounced dead. A total of seven people who were in the Sienna were hospitalized.

23-year-old Christopher Lopez died. According to police, Lopez and his six friends were returning from a trip to Sarasota when the crash happened.

“Whoever has killed my brother, you may have taken his life, but I will spend the rest of my life looking for you,” brother Alexander Lopez said shortly after the crash.

According to police, the Charger was left at the scene but the driver fled.

A reward of up to $5,000 is being offered for information that leads to the arrest of Francois.

Miami-Dade Crime Stoppers ask anyone with information to call at 305-471-TIPS.

Smiling behind masks, children get toys through Coral Springs Shop With a Cop program