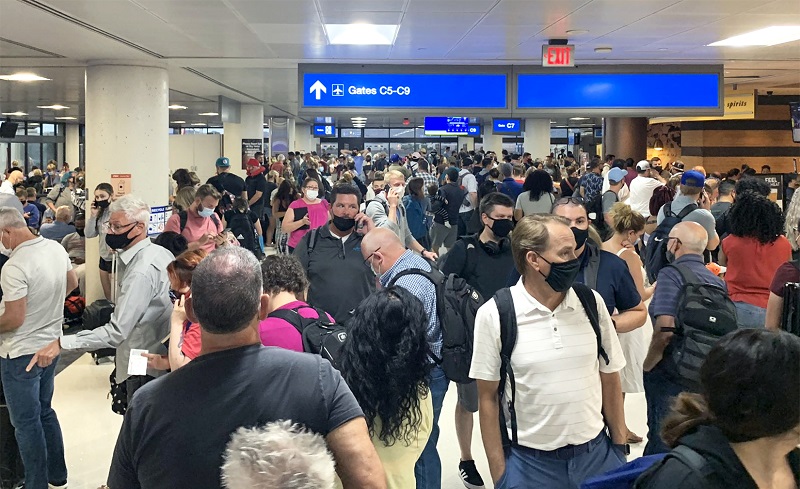 Things appear to be going back to normal after a weekend of canceled flights.

“So far, pretty smoothly,” one man said. “We’ve only been here for about 20 minutes, so not too bad.”

Many inbound flights are still delayed after major travel headaches over the weekend.

“My flight was canceled yesterday,” one traveler said.

“My flight was delayed. It didn’t even land in Miami yet,” said passenger Aviva Gluck.

According to a spokesperson, crew members called out sick due to testing positive for COVID.

Fort Lauderdale-Hollywood International Airport also had a busy Monday. “We got here a little extra early, thankfully, ’cause there’s really long lines, but other than that, it’s all good,” one passenger said.

On Sunday, however, FLL showed 29 canceled flights and 77 delays. “Talking about a New Year’s Eve party, we have 30, 40, 50 people celebrating,” said NIAID Director Dr. Anthony Fauci. “You do not know the status of the vaccination. I would recommend strongly, stay away from that this year.”

Those traveling are advised to check if their flights are canceled or delayed and to arrive extra early in anticipation of long lines.