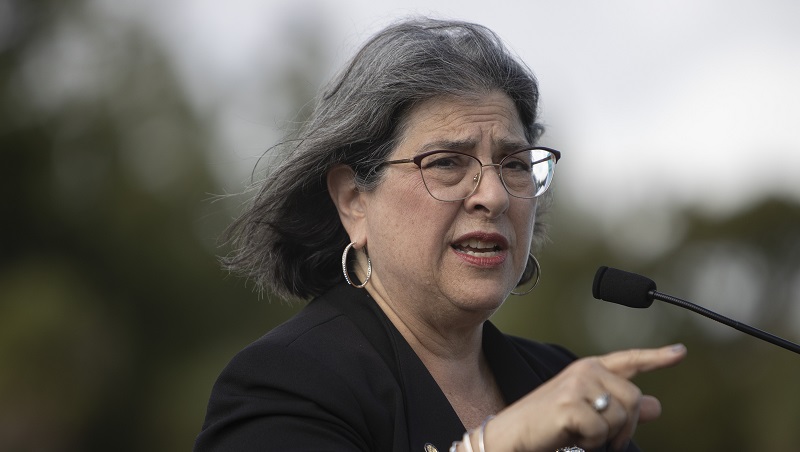 The announcement comes as many in South Florida struggle to keep up with rents, home prices, and other costs like insurance.

On Friday, Mayor Daniella Levine Cava made the announcement flanked by several partners in the private and non-profit community as part of her “Building Blocks Fund” she announced earlier this year.

Currently, most of the housing in South Florida is built by private developers.

They usually want to charge market-rate rents to make a profit and recover the money spent. This fund will pay developers to build units and charge lower rents.

According to Duanne Andrade, the Chief Strategic and Financial Officer from the Solar Energy Loan Fund, or SELF, the empty lot beside the YWCA will soon be 220-units of affordable units.

With the help of JP Morgan Chase to the Building Blocks Fund, SELF is putting in $5 million, hoping the Overtown site can be replicated.

“You got to make it work for everybody. Everybody has to do well by doing this. Of course, there is an affordable housing crisis, so the government and non-profits such as ourselves are focused on addressing those issues,” said Andrade.

The groups made the announcement, flanked by renderings of projects in the pipeline at the county. Alliant Strategic, Belveron, MSquared, and Red Stone Equity are putting in $10 million each. National CORE, Miami Homes for All, and SELF are putting in $5 million. The Miami-Dade County Public Housing and Community Development Department is putting in $15 million from taxpayers.

“Developers, I hope you’re listening. We’ve heard that you need more money, that your projects are stalled for lack of money. So here we’re bringing you money,” said Levine Cava.

According to Levine Cava, they will have more funding commitments in time for the countywide housing summit on June 30.

Multiple shootings and crashes in Broward