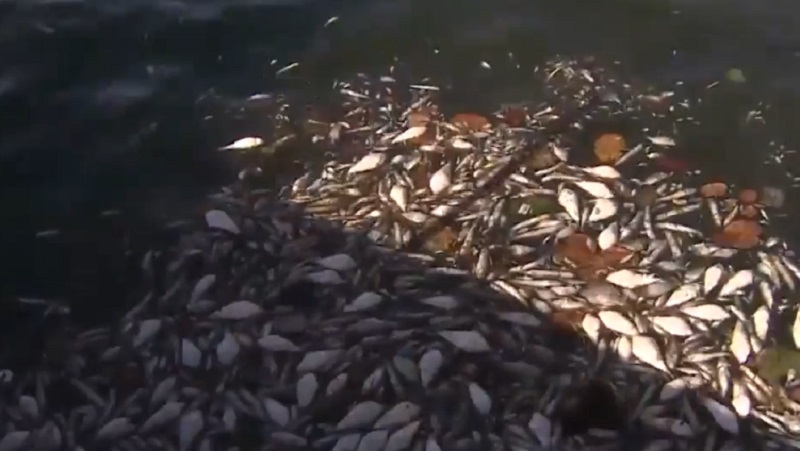 Officials from Miami-Dade County are investigating the present weather and will continue to do so over the coming days to ascertain the cause.

According to a press statement from Miami-Dade County, samples to test for dangerous algal blooms, specifically red tide, were also gathered as a precaution and are currently being forwarded to Florida Fish and Wildlife Conservation Commission for analysis.

Additionally, 1,150 pounds of fish that had accumulated were removed to lessen the possibility that their decay might have a negative impact on the amount of oxygen that was available and therefore worsen the issue.

“Miami-Dade County continues to invest in critical, long-term, comprehensive solutions to improve the wellbeing of Biscayne Bay. These include the ongoing septic to sewer transition, water infrastructure upgrades, pollution reduction policies, increased water quality testing, and enhanced monitoring and updates to the public via the annual Biscayne Bay Report Card,” the release said.

The county is asking to report dead fish to baywatch@miamidade.gov.