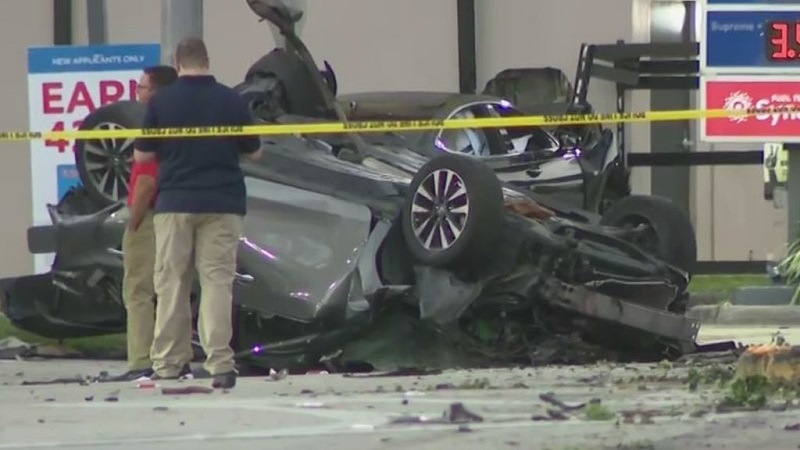 Miami, Florida – Following a violent multi-vehicle crash in northwest Miami-Dade, a woman was killed and two others were injured.

According to Miami-Dade Police, the crash happened along NW 27th Avenue across from Miami Dade College’s North Campus shortly after 12:30 a.m.

The woman was pronounced dead on the scene, according to Miami-Dade police.

“She’s a good woman, she always looked out. She isn’t supposed to be in this” said the woman’s son, who asked not to be identified.

At some point during the crash, one vehicle involved in the crash appeared to have jumped the median. It ended up several feet away from the other two vehicles, in a southbound lane of NW 27th Avenue.

Two other vehicles ended up in the parking lot of a gas station, one was overturned.

Traffic was diverted from NW 113th Street to NW 110 Street during the investigation. The road, which was closed for eight hours, has since reopened.