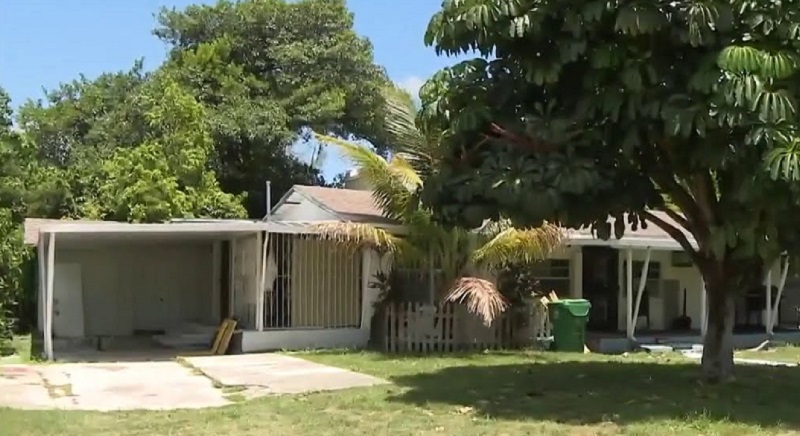 Miami, Florida – For months, squatters have been living in a Miami home.

Several times the owners have thought they’ve solved the problem but the squatters just keep coming back.

After squatters moved into the home and have been causing problems for months, the normally quiet Miami street has become a major headache for people living nearby.

The house is owned by the Global Horizons Group, a property management company that, in mid-June, registered the house as vacant with the city. A couple of days later, the squatters moved in, and no matter how many times they get trespassing warnings, they keep coming back.

As recently as Monday, two people were arrested there, one on a warrant for a robbery and armed carjacking and one for trespassing, and possession of methamphetamine.

Outside the home, there are syringes on the ground and a broken window shows how they got in again after the owners changed the locks. And, it turns out, legally, it isn’t as simple as just kicking them out.

According to attorney Kevin Fabrikant, first, you have to go to civil court essentially to get permission for police to remove an illegal tenant. The problem is, once that happens, it’s up to the owner to keep them out.

“It’s not that they have rights, it’s that we have a legal process that has to be followed,” Fabrikant said. “Once the sheriff executes the writ, meaning they went there and in theory removed the person, it gets typed into a computer system that the writ’s been executed.”

According to the owners of the property, they are just as frustrated as the people living around the home. They are currently working through the legal processes to get the squatters out and keep them out.

Free School Immunizations for the uninsured in Broward county