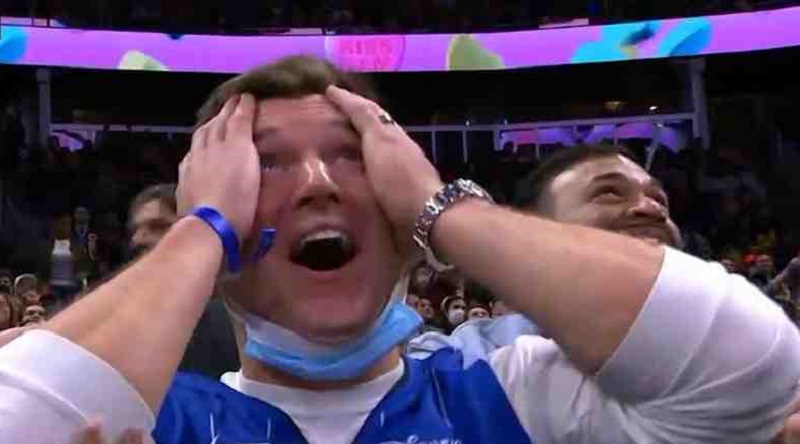 Orlando, Florida – An Orlando Magic fan got a surprise during a game.

“I think he was very surprised as everyone saw on his facial expressions,” Taylor Wheaton Baily said.

“When I looked up and saw the writing at the bottom, that’s just when my jaw dropped and it was just such a whirlwind of emotions at that point,” James said.

According to Taylor, she learned she was pregnant only a few days ago and wanted to do something big to tell James.

“My husband has always dreamed of me telling him in a really cool way. So I thought it would be neat to get on the kiss cam,” Taylor said.

According to Taylor, she planned the whole moment in secret but never thought the moment would go viral.

“There were some of my friends local in town that were like, ‘Are you pregnant?’ And I was like ‘Oh are you at the game?’ And they were like ‘No, you’re on Sports Center right now,’” Taylor said.

“We haven’t even eaten turkey yet and it’s already the best Thanksgiving ever,” James said.