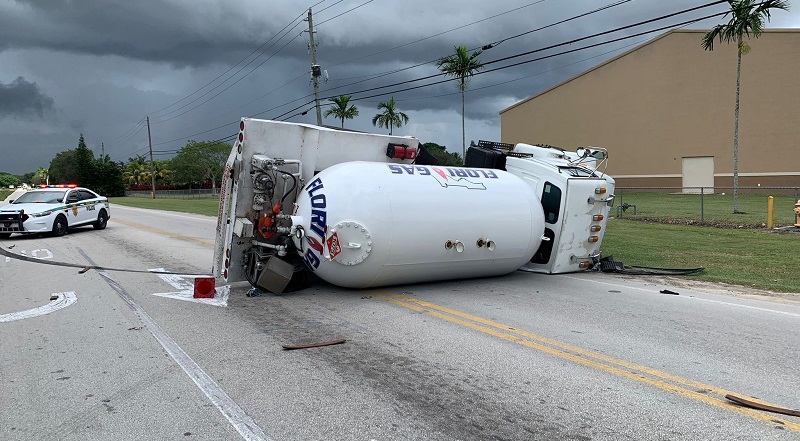 Fortunately, there was no fuel spill, officials said.

According to Miami-Dade Fire Rescue units, they responded to the scene of the traffic incident near Southwest 137th Avenue and Quail Roost Drive, finding an overturned vehicle in the middle of the road.

The truck was carrying more than 1,800 gallons of propane, but none of it spilled onto the roadway, officials said.

While investigating and clearing the scene, Crews temporarily shut down nearby roads.

According to officials, the truck was eventually loaded on a flatbed and removed from the scene without further incident. The driver of the truck was treated at the scene for minor injuries.

From Friday on, no more electric scooters for riders in Miami