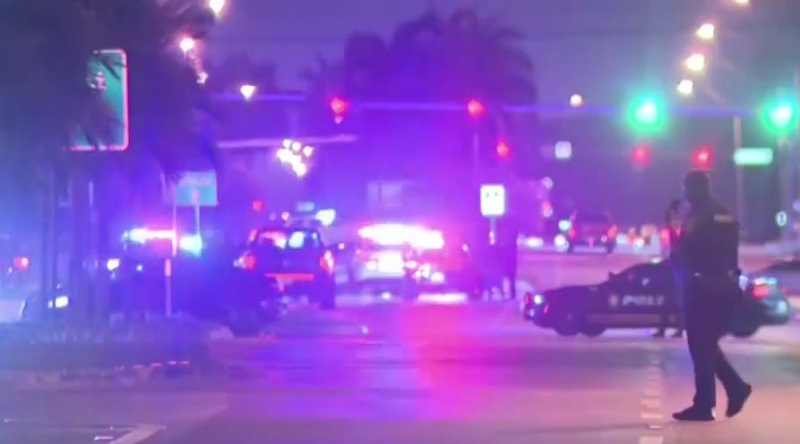 Miami, Florida – On Sunday night, a pedestrian was struck and killed in Miami Gardens.

According to the Miami Gardens Police Department, the incident happened around 9:30 p.m. When they were struck, the person, whose identity has not been released, was crossing NW 27th Avenue near NW 207th Street.

The victim died at the scene, police said.

Yasmine Gomez was leaving the Jazz in the Gardens music festival when she saw the scene. “We were detoured. I mean, it’s horrible, I feel bad for that person,” she said.

According to Gomez, the crosswalk signal doesn’t always work, and even when a pedestrian has the right of way the signal doesn’t change. “It’s kind of dangerous because there isn’t really enough time to cross over. I crossed over and it never blinks, so it’s kind of scary,” she said.

According to the people who live in the area, traffic hardly ever lets up.

“They don’t hit their breaks, they don’t do nothing. They don’t put turn signals on or anything around here. It’s crazy around here man,” Leonard Goldfield.

More than 150 Haitians land in the Florida Keys

Due to rising gas prices Uber to add temporary surcharge