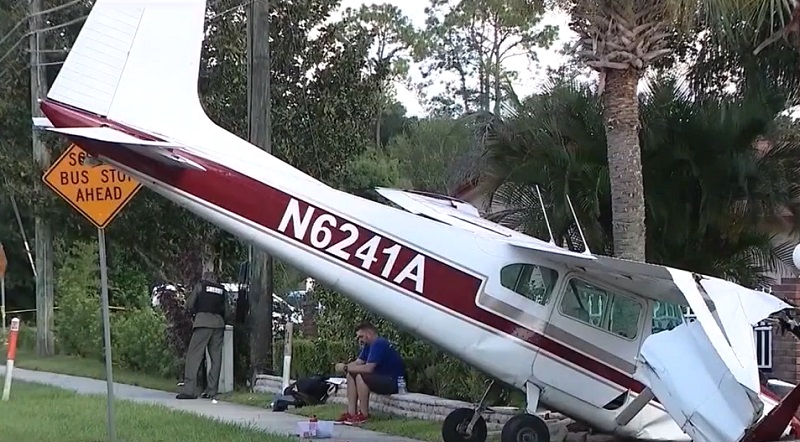 Orlando, Florida – On August 22, a plane crash happened on the University Boulevard and North Econlockhatchee Trail.

According to pilot Remy Collins, he took off for a test flight for a regular maintenance check, but he was unaware of his low fuel.

“It’s crazy because I visually checked that fuel that day,” said Collins. “I knew it was low, but I still made the conscious decision to go and just one little thing led to a bigger thing.”

The single-engine plane flew for about five minutes before it crashed, according to FlightAware data. Collins was the only person on board the aircraft.

“As I was making my decision, there was a red light,” said Collins. “There were a hundred cars on one side, a hundred cars on the other. The side going against the traffic gave me about 150 feet of a place to land, so I based my calculations on that and went for it.”

The pilot has 15 years of flight experience, and he said it is the only passion he wants to do. Collins suffered minor cuts and bruises.

According to officials, no one on the ground was injured.

Why taking mental health days from school is so important