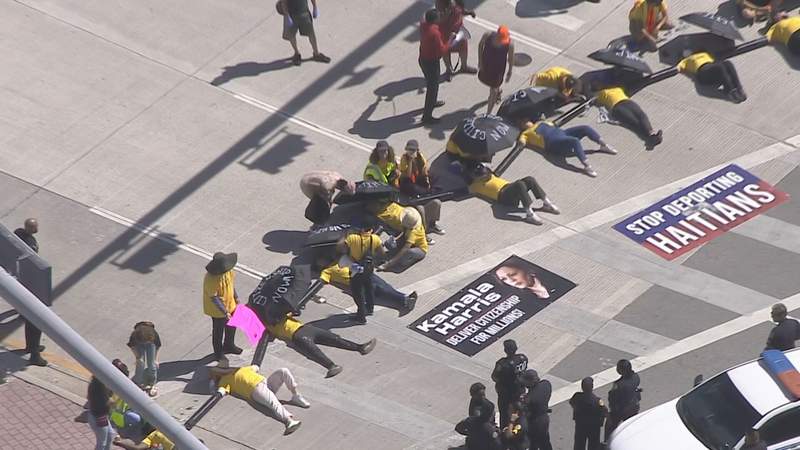 Those taking part in the so-called ‘Rally 4 Citizenship’ want the Biden administration and Democrats to create a pathway to citizenship that they said millions deserve.

Biscayne Boulevard between 4th and 6th Streets was temporarily blocked off as Miami police monitored the protest.

The group conducted a march to Miami’s Morningside Park with the same demands on Sunday.