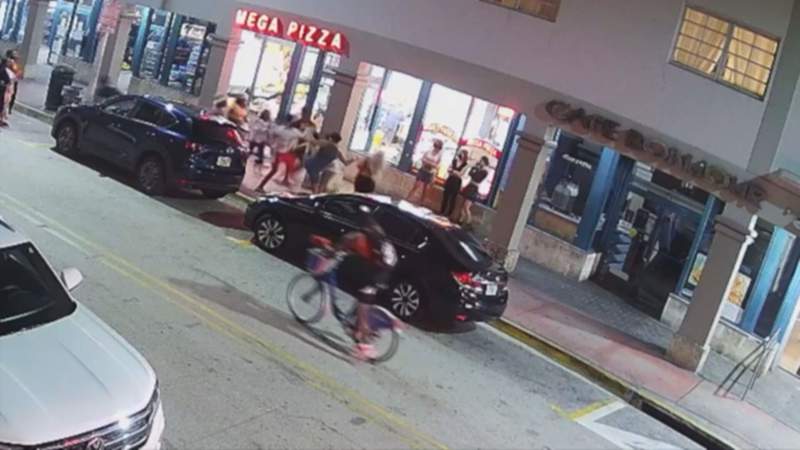 The victims were walking westbound along 9th Street, approaching Mega Pizza located at 865 Collins Avenue, according to police.

According to police, as they passed the pizza place, a man that was standing with a group of four other people struck one of the victims several times.

Another victim attempted to stand in between the first suspect and victim, and that’s when a female from the group grabbed the second victim by the hair and knocked her to the ground, police said.

According to Miami Beach police, crime scene officers were not able to immediately respond to the crime due to them working an active shooting scene elsewhere in the city.

Miami-Dade Crime Stoppers ask anyone with information on the crime to contact at 305-471-TIPS.