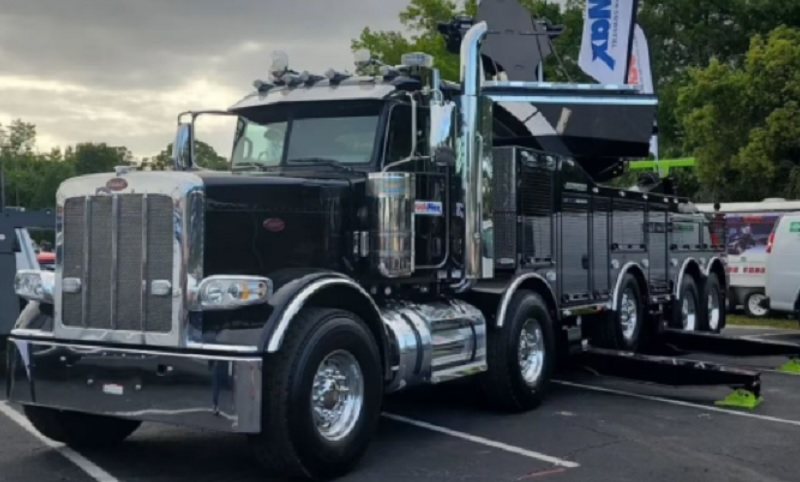 Miami, Florida – Early Saturday morning, a semi tow truck worth 800k dollars was stolen from a business around.

Surveillance video shows several people pulling up in a white big rig at TruckMax Inc., 6000 Northwest 77th Court, around 1 a.m. They went through the fence and hitched a chain to the metal gate. Video shows the big rig pulling down the gate.

The keys were not inside the truck, but the thieves were able to start up the truck worth $800,000 according to investigators. The truck that was stolen is used in tow situations to lift bigger vehicles, such as a bus.

According to the owner, since so few of these type of truck is manufactured, if someone has a key to one, it can easily start another. He suspects that maybe someone spotted it at auction and found out where it was being stored.

The investigation is still ongoing.

Anyone with further information is asked to call Miami-Dade Crime Stoppers at 305-471-8477.