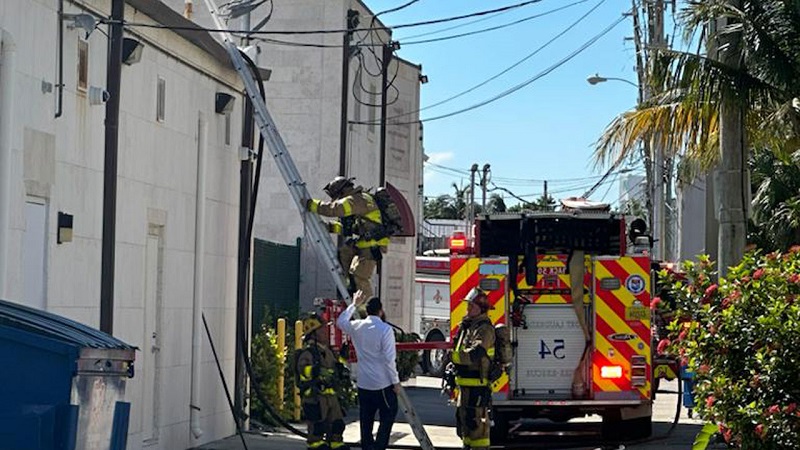 According to Fort Lauderdale Fire Rescue Chief Stephen Gollan, a tiny fire in the AC unit spread to the building’s top.

In the rear of the structure, next to the parking lot and facing an alleyway with power lines, firefighters set up a ladder in a line.

Firefighters discovered some fire and water damage, but no one was hurt, according to Gollan, and the origin of the incident is still under investigation.