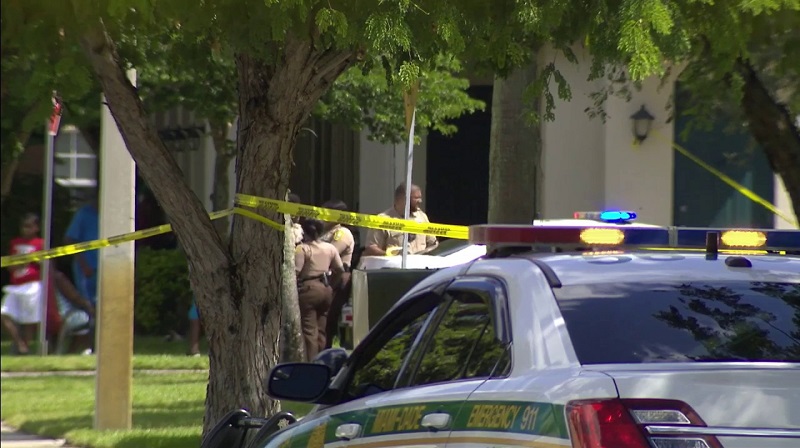 Miami-Dade, Florida – According to police, two people were hospitalized after a shooting in Northwest Miami-Dade.

The suspect fired at two people and then ran off on foot, police said.

According to Sharon Jones, the grandmother of one of the victims, “(the victim) was on the phone with his baby mama and the kids, and someone in a white car came by and shot him”.

According to Jones, her 22-year-old grandson was sitting outside on his porch when someone came by and started shooting. “I don’t know how many times he got hit or nothing,” she said. “I just know they say he got in the neck. That’s what I know.”

A number of Miami-Dade police officers and investigators gathered at the scene of the shooting along Northwest 73rd Street, some even going into the home of neighbors in search of surveillance.

According to the police, the victims are alive, but Jones wants the shooter to be captured.

“Come out retirement,” she said. “I’m in retirement. They want to be thugs. I’m one of the original thugs, so I’m coming out of retirement.”