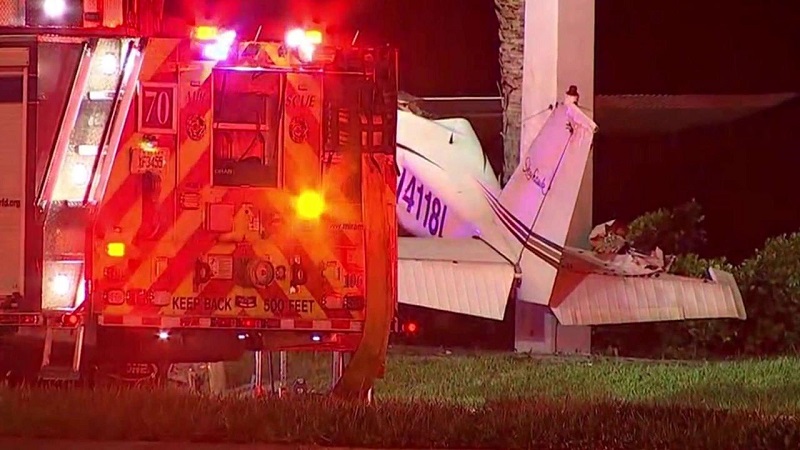 According to Federal Aviation Administration officials, the single-engine Cessna 172 made an emergency landing on Miramar Parkway near Palm Avenue and Miramar Boulevard around 10:40 p.m.

The Cessna was registered out of Odessa – located just north of Tampa – and had made several flights between North Perry Airport in Hollywood and the southwest Florida cities of Immokalee and Naples, according to a registry from the FAA.

Miramar Police officials said the women inside the plane survived and were transported to the hospital. Both were in serious condition Tuesday morning, officials said.

According to officials, two women on the plane were identified as Gopika Sreekumar, 23, and Ravi Urmila, 36.

The FAA and the NTSB are investigating.