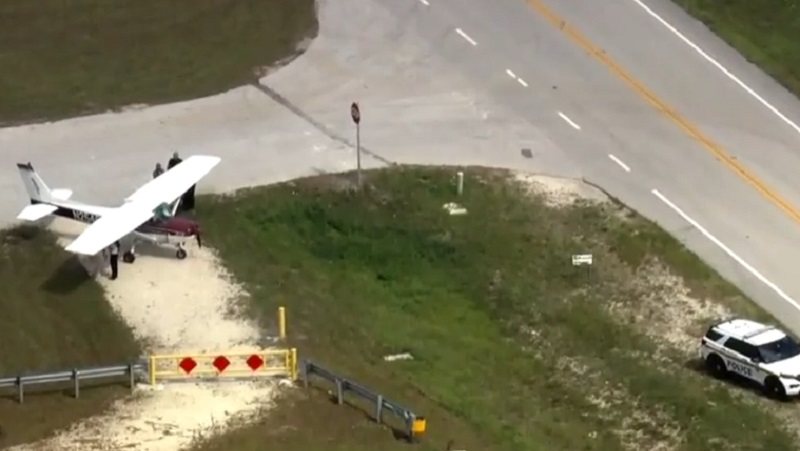 West Miami-Dade, Florida – According to Miccosukee Police, a small plane had to make an emergency landing on Tamiami Trail in the Everglades.

Just before 3:45 p.m., on Wednesday, it landed near Southwest 297th Avenue and Eighth Street, about 12.5 miles west of Krome Avenue.

The Cessna had at least one person on board, and no one was injured.

The plane is off to the side of the road and both lanes of traffic remain open.

The plane experienced mechanical issues before it went down.