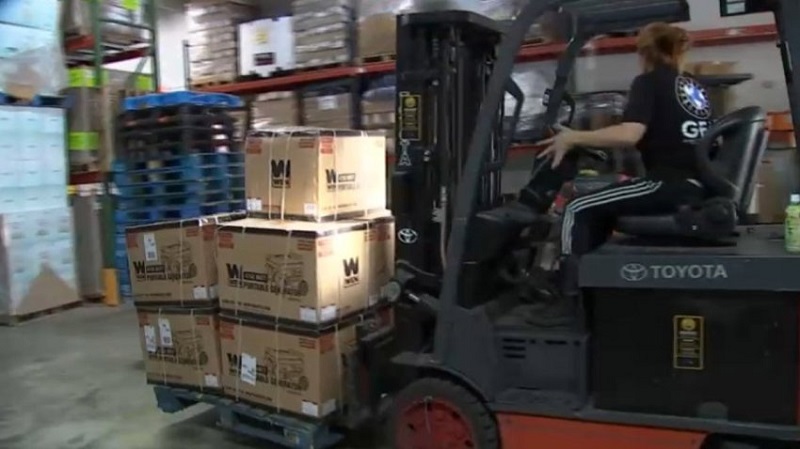 According to Michael Capponi, founder of the Global Empowerment Mission, he’s been speaking to people in Ukraine leading up to the attack and will be flying to Poland with supplies.

“You have 44 million people there in that country in panic mode,” Capponi said of Ukraine.

Thursday supplies from a warehouse in Doral were being loaded onto a truck to then be taken to a plane that would carry about 20,000 kits. In the next few weeks, about 100,000 kits are planned to be sent.

“Blankets, hygiene, food — something to get you by for the next couple of days,” Capponi said.

A base camp will first be set up in Poland, about two hours outside Ukraine for those leaving the chaos by car or foot. Another camp will later be set up in Hungary.

“A mass exodus of people,” Capponi said. “NATO countries are not equipped at all, especially those small towns on the border, to revive that kind of influx of people. So we want to make sure we play our part.”