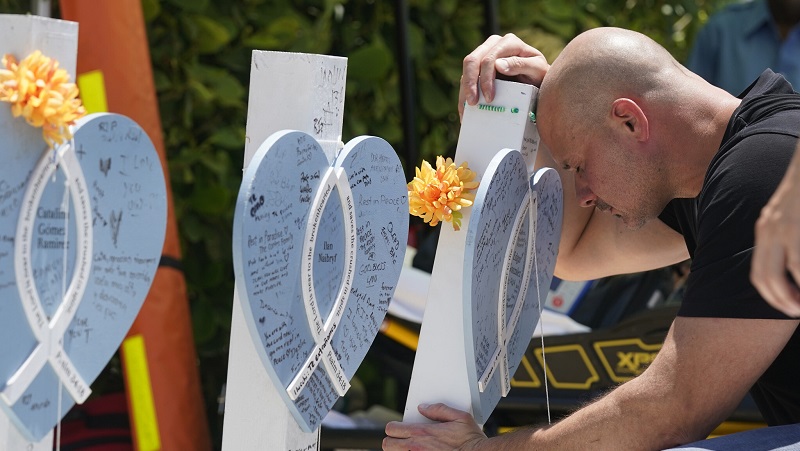 Surfside, Florida – Rescue teams who have worked tirelessly to search the rubble after the Champlain Towers South condo collapse in Surfside were honored.

On Friday, a standing ovation happened, for the Israeli search and rescue teams who played a pivotal role in bringing closure to the families of the 98 souls who lost their lives one year ago.

Three days after the collapse, the team of experts arrived. “We did manage to help in bringing our best rescuers and searchers to the site,” said Gordin. “Being our expertise, unfortunately, we have experience with that.”

A call was answered from the best of the best from around the country and around the world, but their rescue efforts would come up short. “We share your grieve and pain,” said Gordin. “We stand here bowing our heads in the memory of your loved ones. Thank you for opening your hearts and letting us in. May you never know such sorrow again.”

Amid that sorrow, a bond of humanity and compassion that will last an eternity. “If you were not alone then, and that you are not alone today,” said a man from the rescue team.

Members of that Israeli search team are named Honorary Members of the Miami-Dade Fire Rescue, a bond that will last a lifetime.