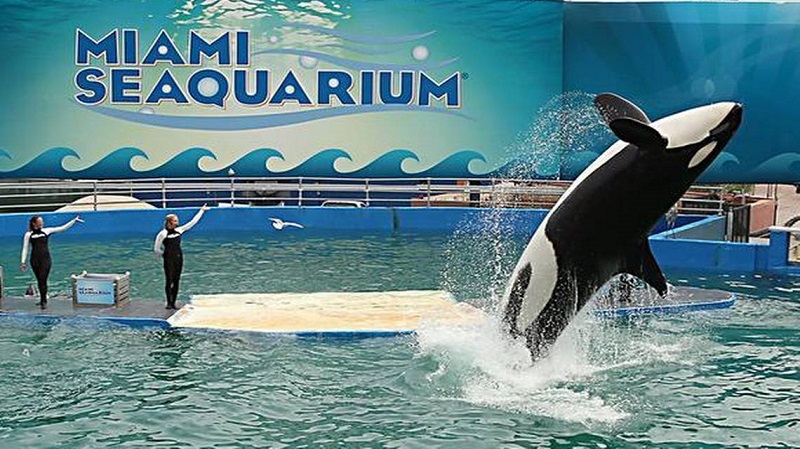 “If, in the future, you intend to exhibit either of these animals (including posting any image of these animals on social media with the expectation of economic benefit), or resume using this pool for exhibition purposes, you will need to apply for a new license,” the USDA wrote to MS Leisure Company Inc.

The move was praised by PETA, who has repeatedly called for the release of Lolita.

“For the first time ever, the USDA is taking some action by tacitly acknowledging that Lolita’s tank cannot meet her needs. PETA is calling for this to be the first step toward releasing Lolita (and Lii) to a seaside sanctuary, before this long-suffering orca ends up dying in the same cramped tank she’s been confined to for over half a century,” said PETA Foundation Vice President and Deputy General Counsel for Animal Law Jared Goodman.

Recently, the Miami Seaquarium responded to claims from PETA that Lolita was “deathly sick from pneumonia” and “could now die any day.”

According to Dr. Shelby Loos, the Miami Seaquarium’s attending veterinarian, the marine park noticed Lolita wasn’t feeling well after routine diagnostic tests, but that “despite her advanced age, she has been steadily improving and feeling better.”

Lolita, whose real name is Toki, is believed to be 56 years old, making her the oldest killer whale living in captivity. She was caught on August 8, 1970, in Penn Cove, Puget Sound in Seattle, Washington when she was about 4 years old. She was later sold to the Miami Seaquarium. When she first arrived, she lived alongside another orca named Hugo for about 10 years, but he died in 1980.