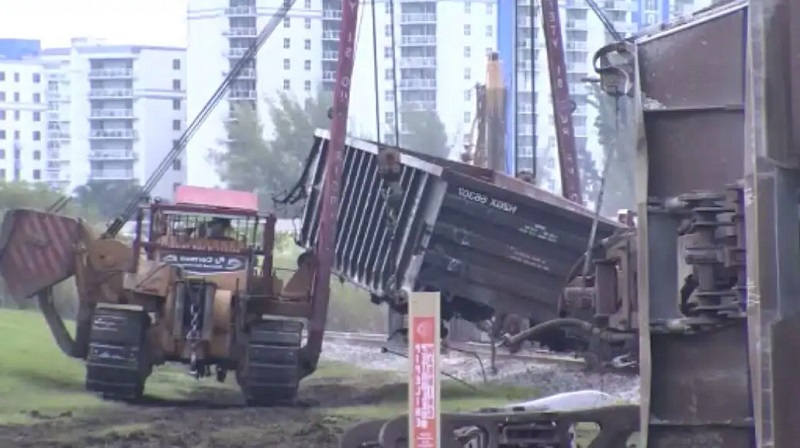 The collision on Saturday night at Northwest 15th Street and Perimeter Road resulted in a derailment and a fuel leak.

A statement issued by CSX Transportation, the company that owns the freight trains, reads in part, “Preliminary reports indicate that an unknown quantity of diesel fuel spilled from the derailed locomotives. There are no waterways impacted.”

On Sunday, workers lifted the locomotives that had been sent off the tracks using heavy machinery.

The injured people were members of the train crew, and they were taken to the hospital out of caution.

Schools in Broward closed due to Hurricane Ian